Heavy rains crossed the HOAL catchment area last week. In 24 hours, 160 mm of precipitation fell, the highest measured precipitation intensity was 57 mm / 10min. The highest measured discharge in the catchment area was > 800 l/s and the installed H-Flume there was overflowed. This was also proven by the appearance of the water level mark on the installations all around and by leaves and branches that have remained on the devices or the booth at the outlet.

In the already harvested barley fields in the HOAL, the erosion was mainly prevented by the plant residuals (stems) that remained after the harvest. Soil management has not yet taken place. But you could see right away where overland flow occurred and that unrooted plant remains were flushed away. Also again the development of overland flow in tractor tracks could be directly visible again. Documentations on the overland runoff and erosion processes were made for an erosion study.

During this heavy precipitation event, we saw that the flow paths that occurred fit well with our modeling approaches with digital elevation models. We learned with these heavy rains, that plant residuals and vegetation cover in the field have great influences on the flow path dimensions and depressions. 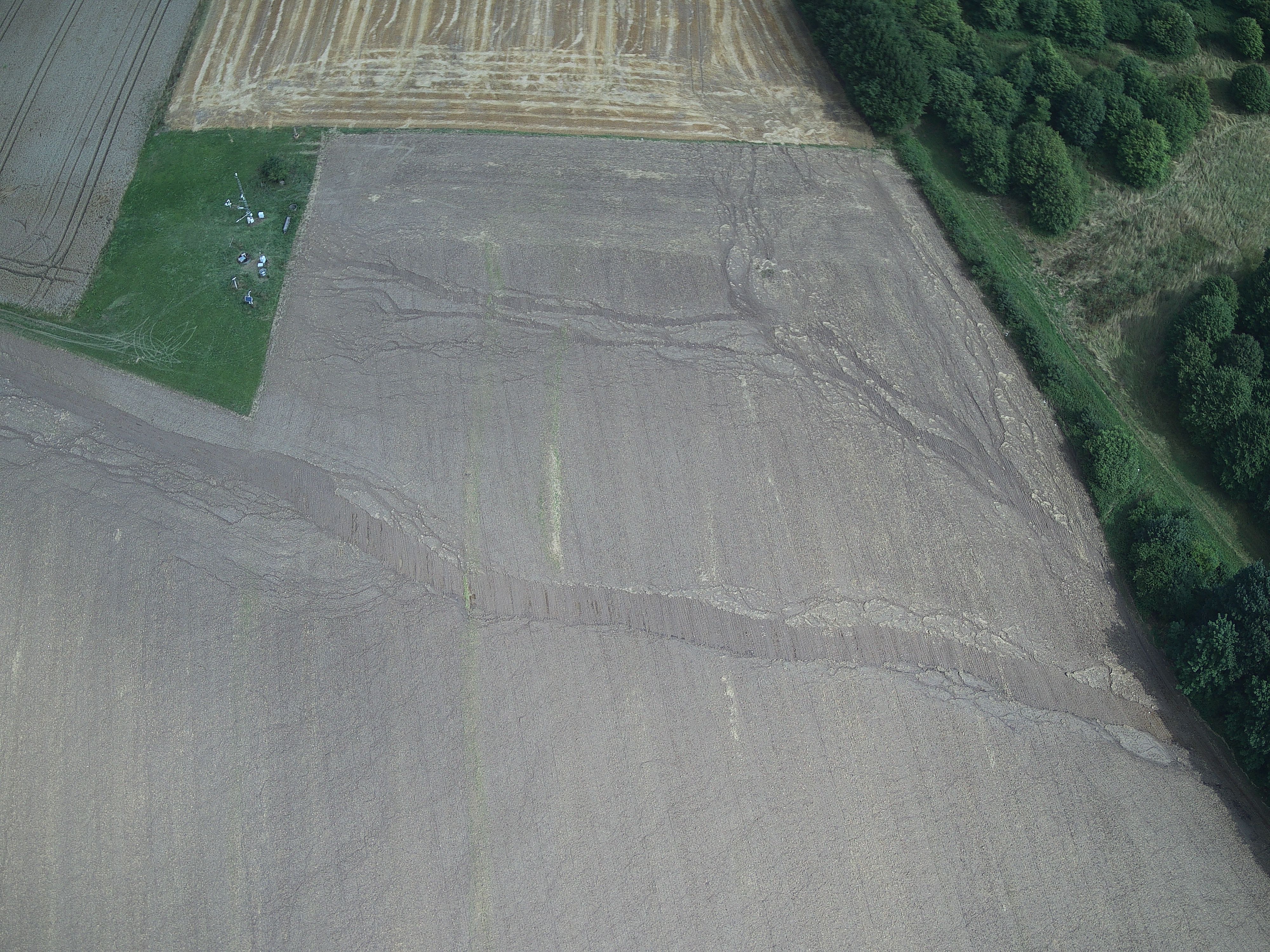 For measuring transpiration on trees, so called "Sap Flow sensors" were installed. In sum six stations were placed to be able to scale the sap flow for the hole forest. Beside that, they are installed near groundwarter, discharge and soil moisture station. 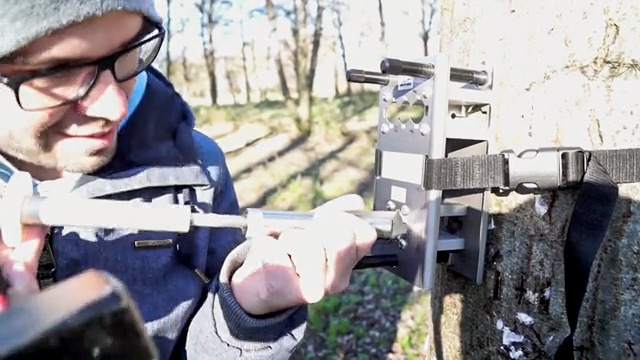 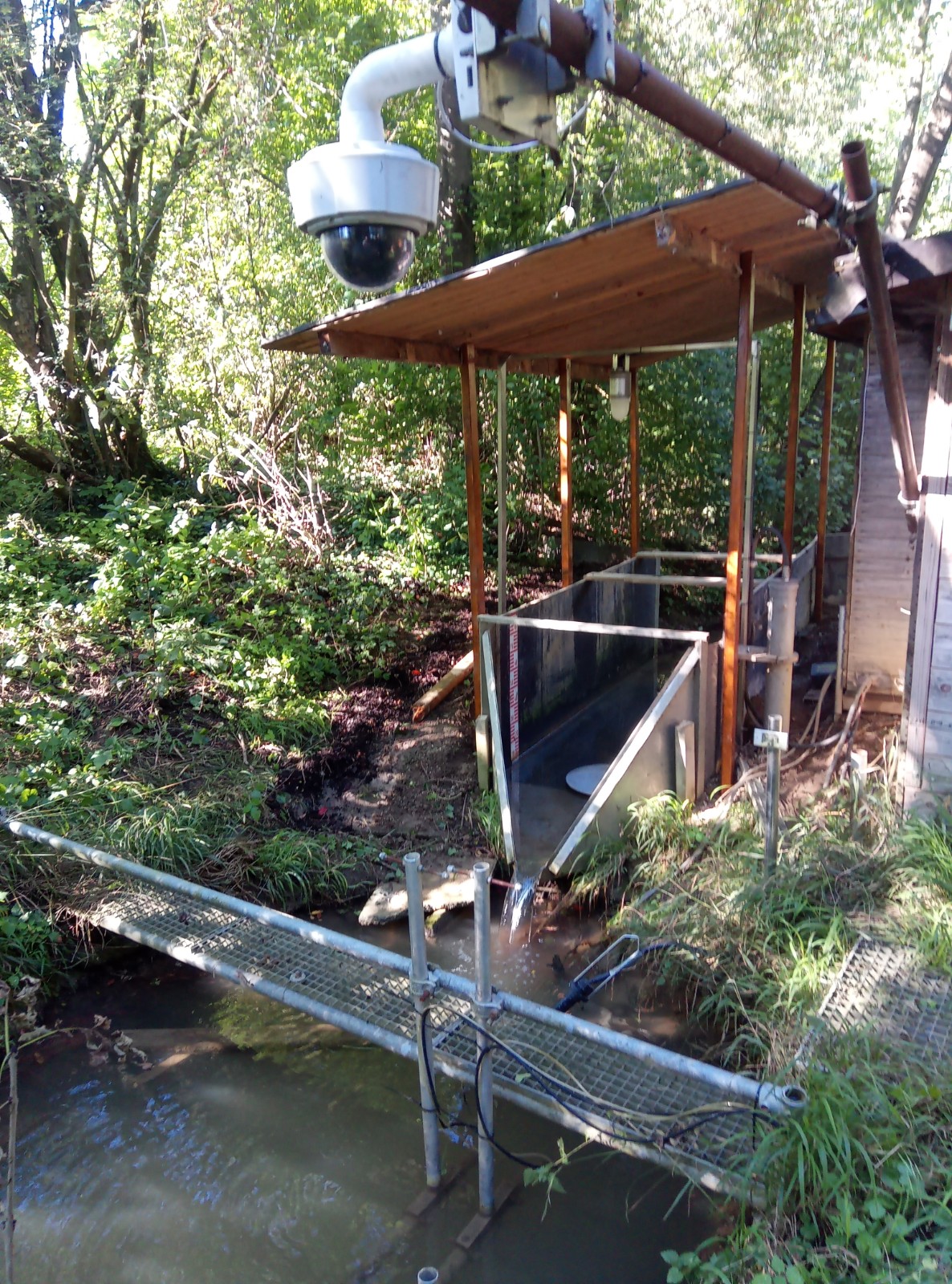 In august Borbala Szeles,  Patrick Hogan and Lovrenc Pavlin were on site, supported by Matthias Oismüller and Gerhard Rab, to maintain some of the weather station devices such as temperatur and soil heat flux sensors. The eddy covariance systems (evaporation) were checked and calibrated with a dew point generator. This device is used to supply a gas flow with a precisely controlled dew point, which is used, for example, to calibrate the H2O channel of gas analyzers. 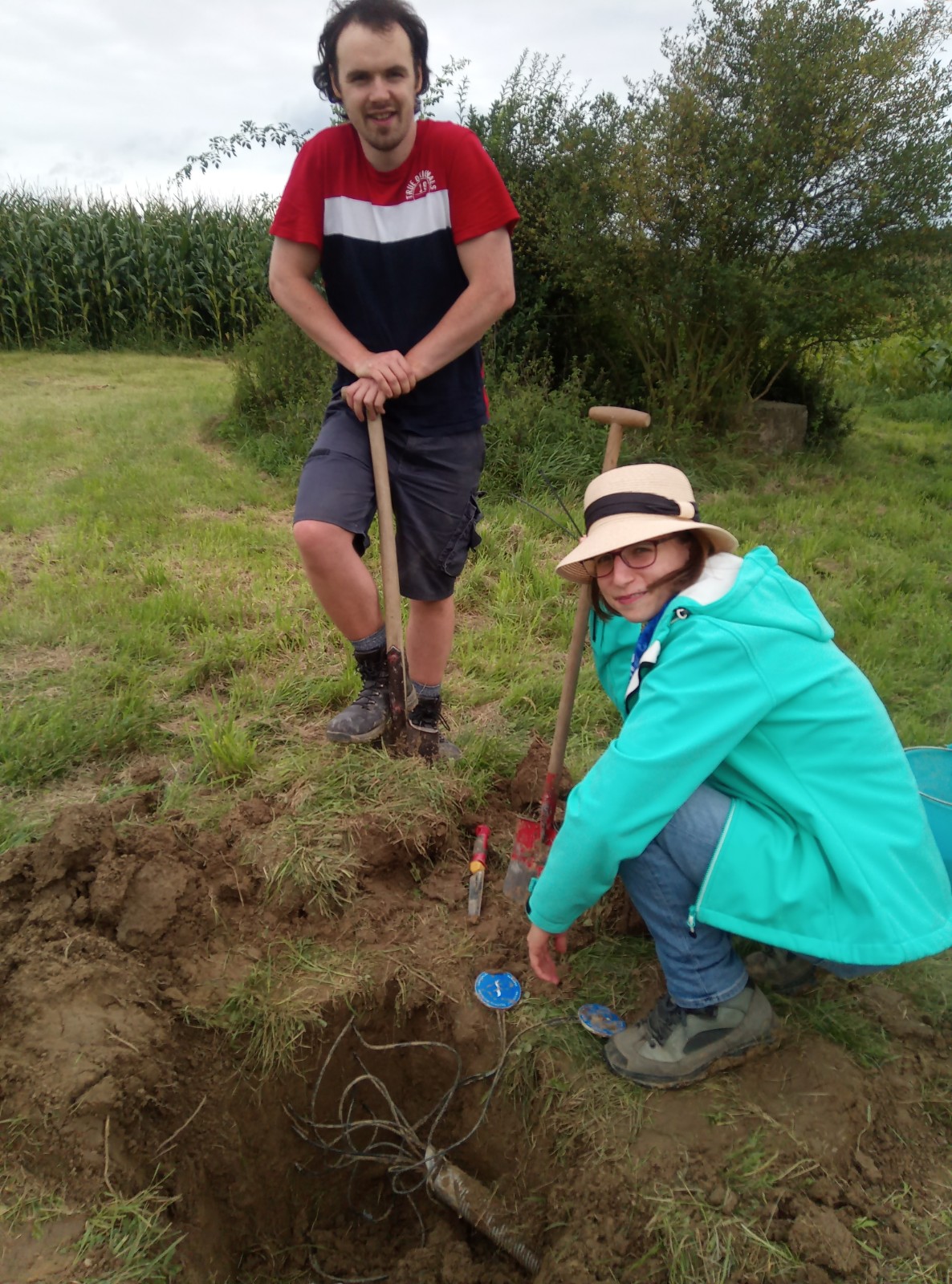 In 24 hours around 90mm of rainfall occured and this led to a discharge rise at the catchment outlet from 2 l/s to around 1000,0 l/s. Compared to the mean rates (820mm/year mean annual precipitation; 4,0 l/s mean annual runoff) this was a high event which we were happy to catch with our sensors and installations. Several water samples were taken automatically and are currently under analysis for chemical and physical parameters in the laboratory.

By using our monitoring camera, a video was created, to show the flood at our catchment outlet.