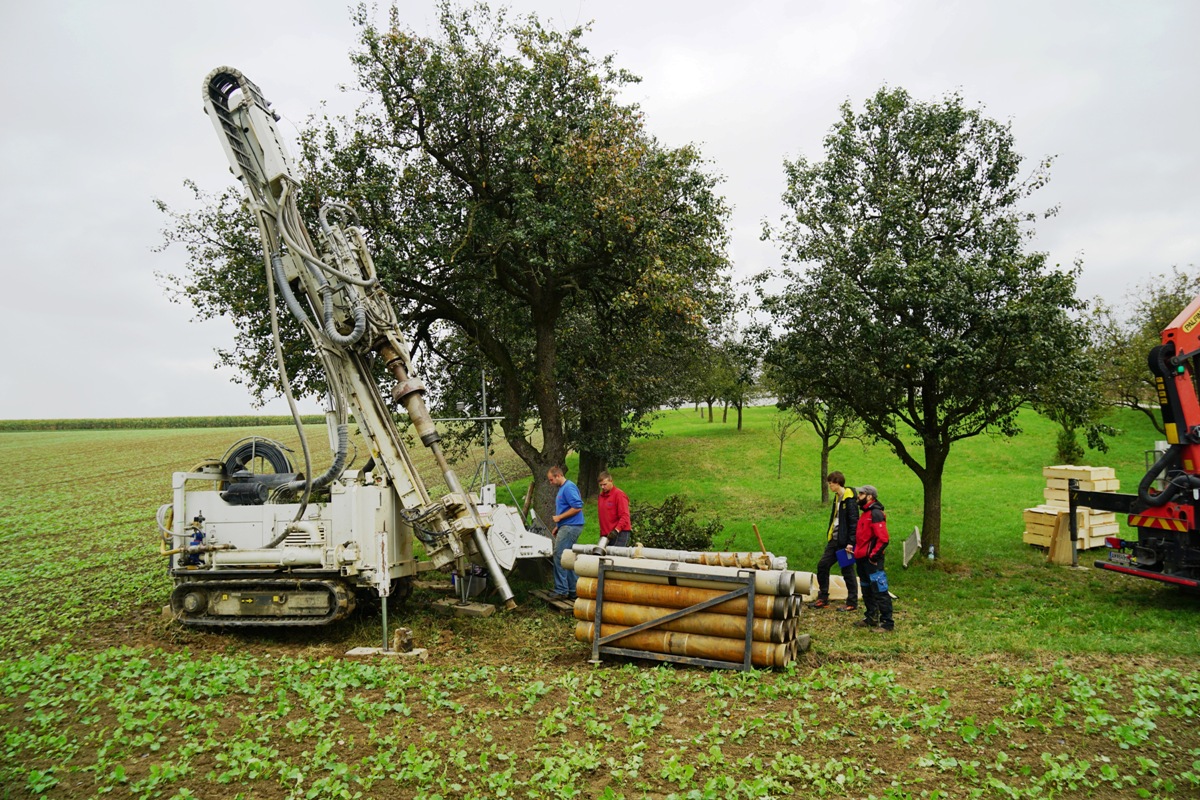 Rasmi Silasari (catchment hydrology research at HOAL) is currently operating an infiltrometer campaign with a 'Doppelring infiltration' device. She wants to analyse the different soil conditions to get a better understanding of the different hydraulic conductivities in the catchment.

Also she is doing some of the tests close to the locations where drainage pipes are installed below ground surface, to see if the applied water during the tests is affecting the drainage system and showing response at the outlet of the drainage pipes, which are monitored with calibrated H-flume weirs. 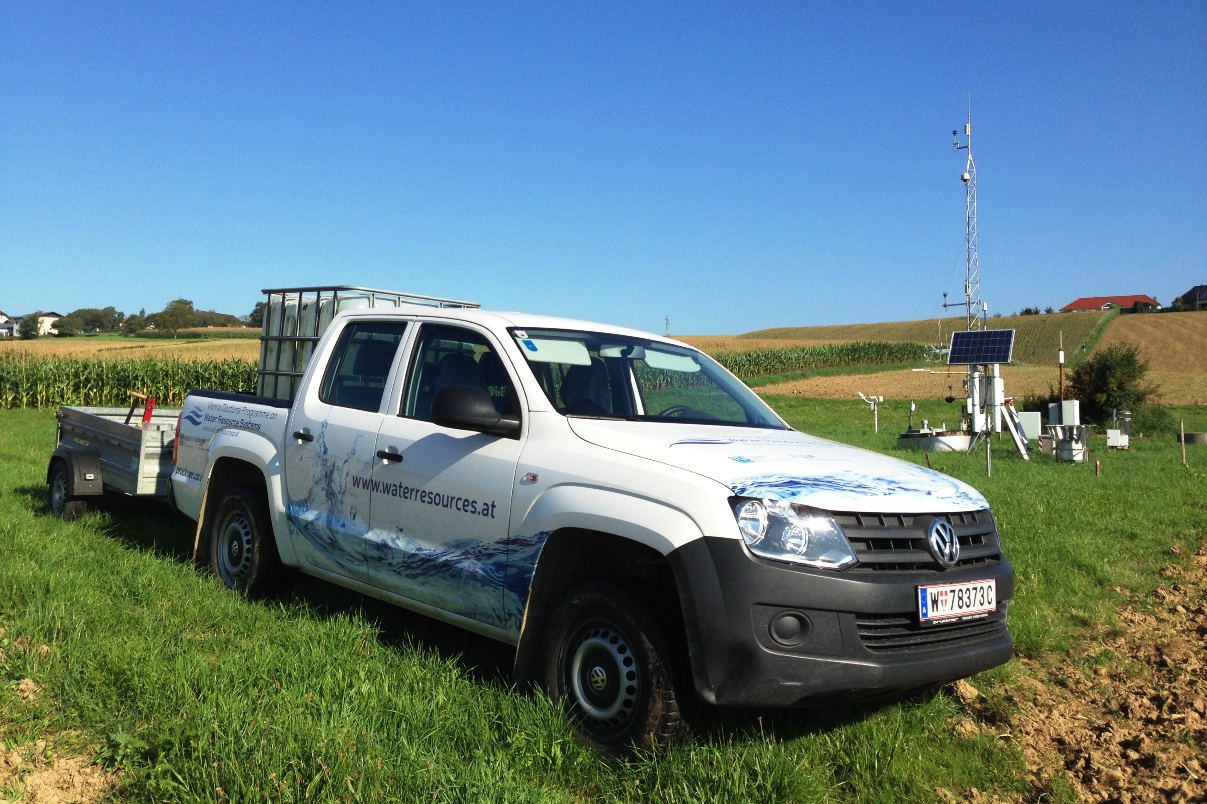 In the last days Patrick Hogan (DK WRS), Matthias Oismüller (TU Wien) and Claire Brenner (BOKU Wien) installed soil flux sensors, radiation sensors and an eddy covariance station at the border of two fields with different land use. On one field maize is growing, the other field is currently bare ground (wheat field after harvest).
The goal is to measure the different fluxes over the different land uses.

In addition a drone with thermal cameras was operated, to catch thermal images and videos over the different land uses. 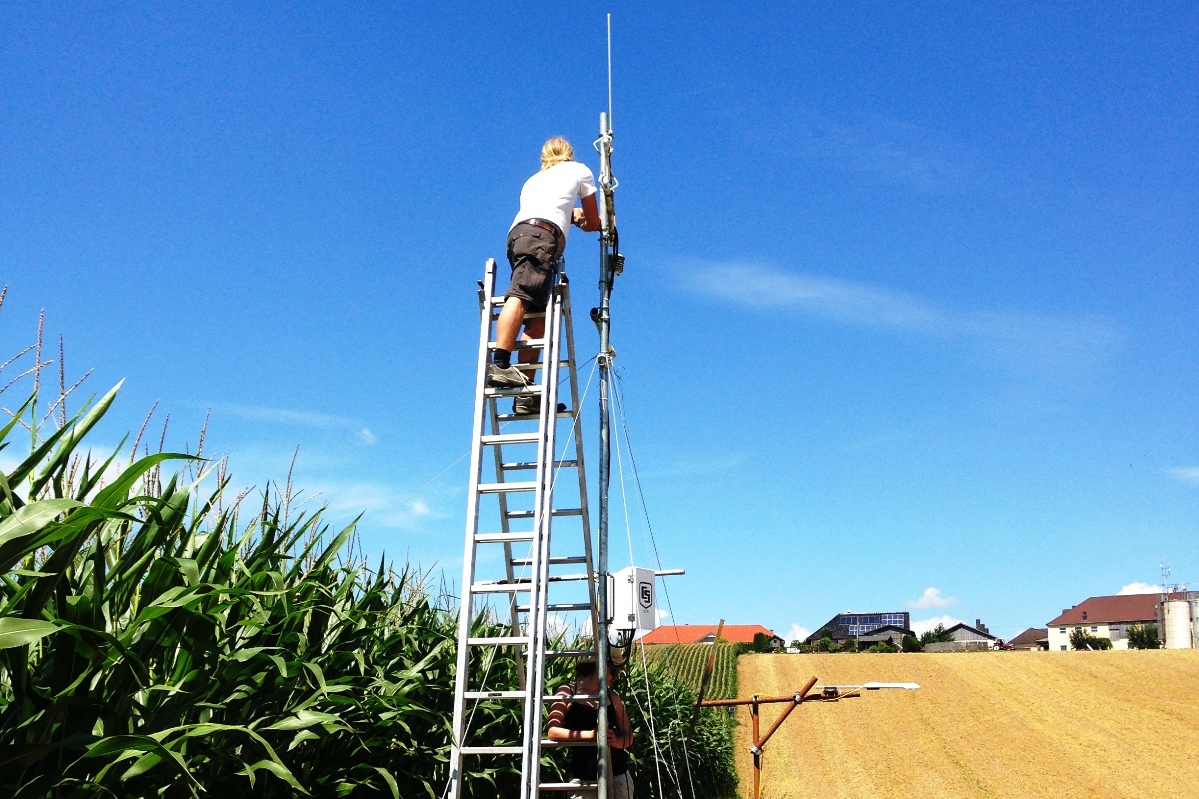 Due to a cooperation between the Institute for Water Quality, Resources and Waste Management of TU Wien (IWAG) and the Environment Agency Austria (Umweltbundesamt) colleagues from TU Wien installed today a deposit collector at the HOAL weather station site.

The goal of this project, where Ottavia Zoboli and Helene Trautvetter (both IWAG, TU Wien) are working on is to detect prioritary substances deposited by overland flow in several Austrian catchments. 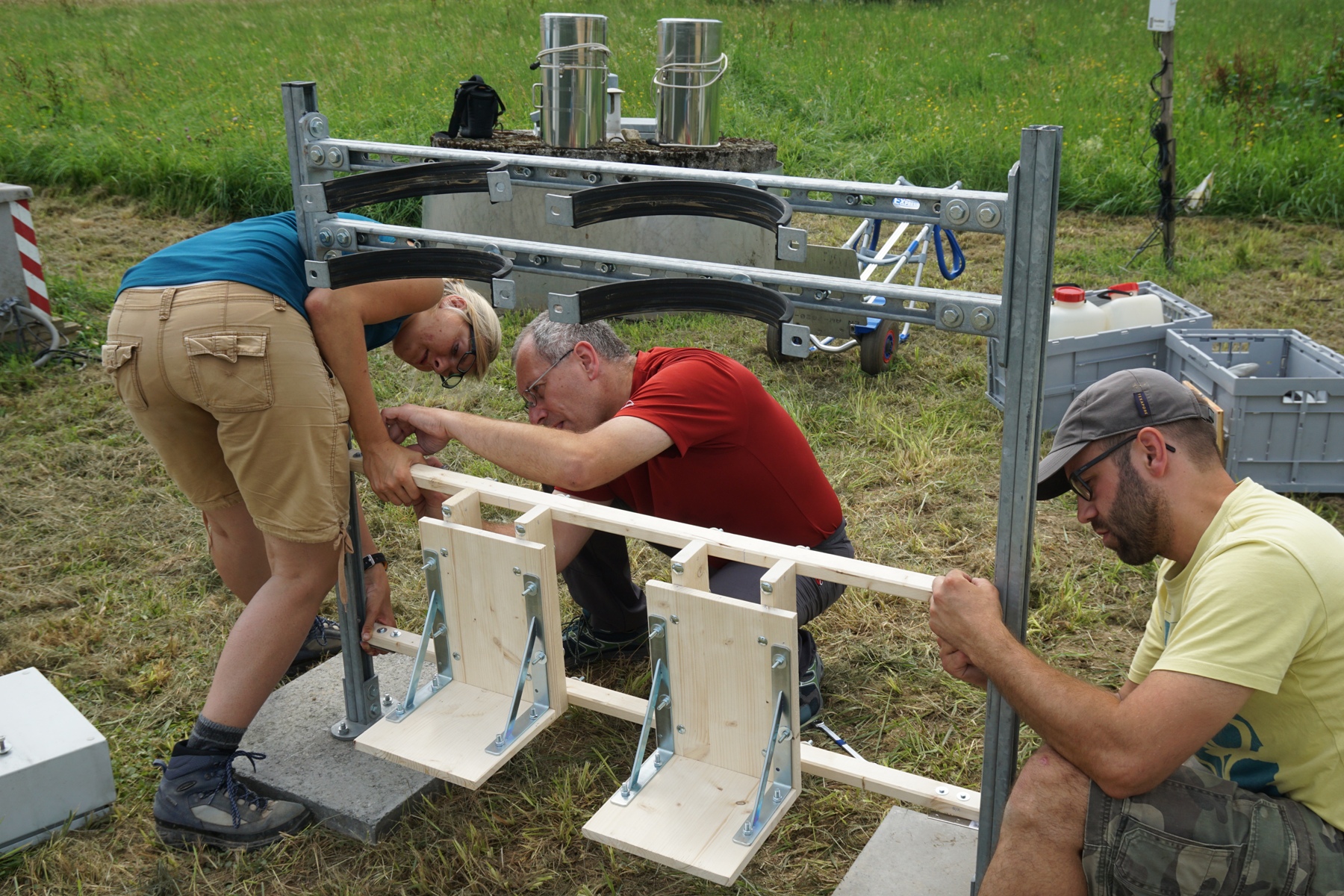 Last night a heavy thunderstrom crossed the HOAL catchment. In around 15min 40mm of rainfall occured, the highest measured intensity of the rainfall was 3,5mm/min for a duration of 10min. The highest measured discharge at the catchment outlet was >800 l/s and the installed H-flume (designed for 700l/s) there was slightly overtopped. This was also verified by the occurence of the water level mark at the installations around and by leaves and branches which stayed left on equipment or the cabin at the outlet.

In the already harvested barley fields in the HOAL erosion was mainly prevented by the still remaining plant residuals after the harvest (stalks). Soil management didn't take place yet. But you could directly see where overland flow occurred and that non-rooted plant remains where flushed away. 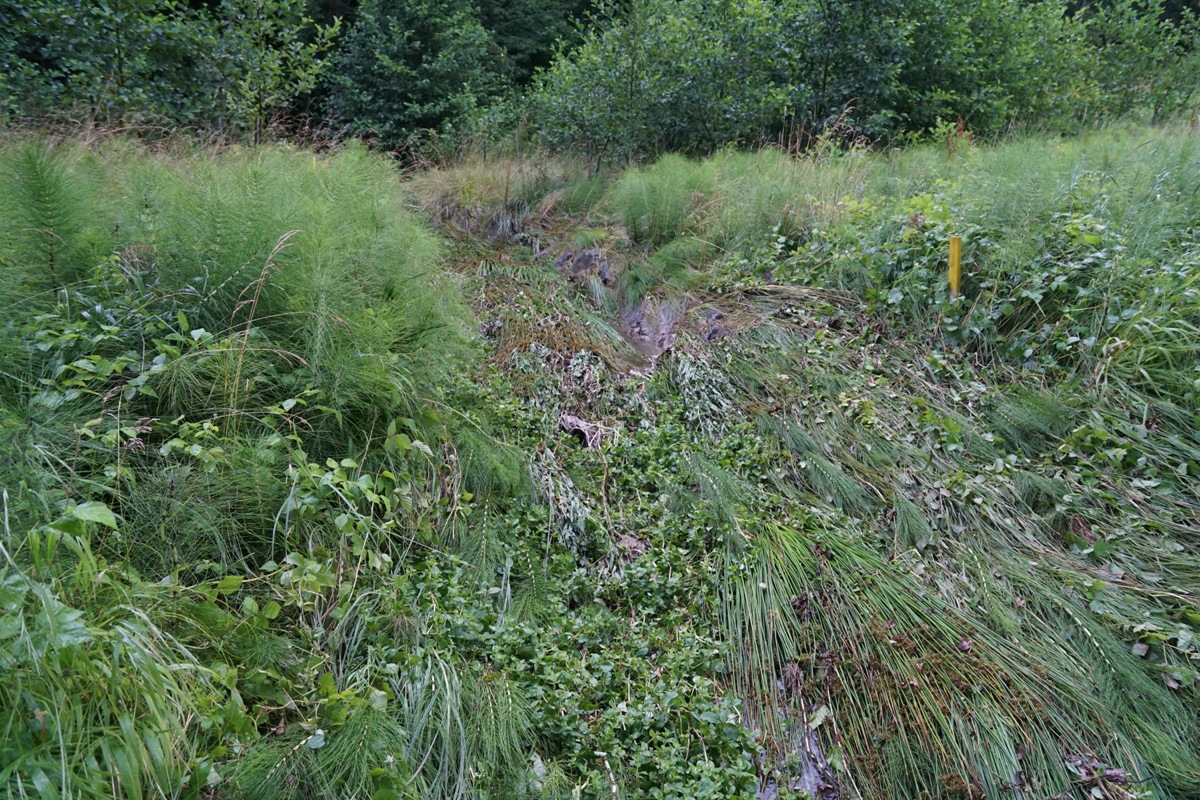