In 30 hours around 60mm of rainfall occured and this led to a discharge rise at the catchment outlet from 1,5 l/s to over 40,0 l/s. Compared to the mean rates (820mm/year mean annual precipitation; 4,0 l/s mean annual runoff) this was a middle high event which we were happy to catch with our sensors and installations. Several water samples were taken automatically and are currently under analysis for chemical and physical parameters in the laboratory.

In the last days Rasmi and Xiaofei were operating electromagnetic induction (EMI) measurements at the HOAL with support of Geophysics students from TU Wien.

Two devices with a shallow and a deep range of the signal have been used. There were several profiles on the different managed crop fields in the HOAL measured and georeferenced. The goal is to further characterize the soil's spatial heterogenities in the electrical conductivity down to around 7m depth by using this contact-less probes. 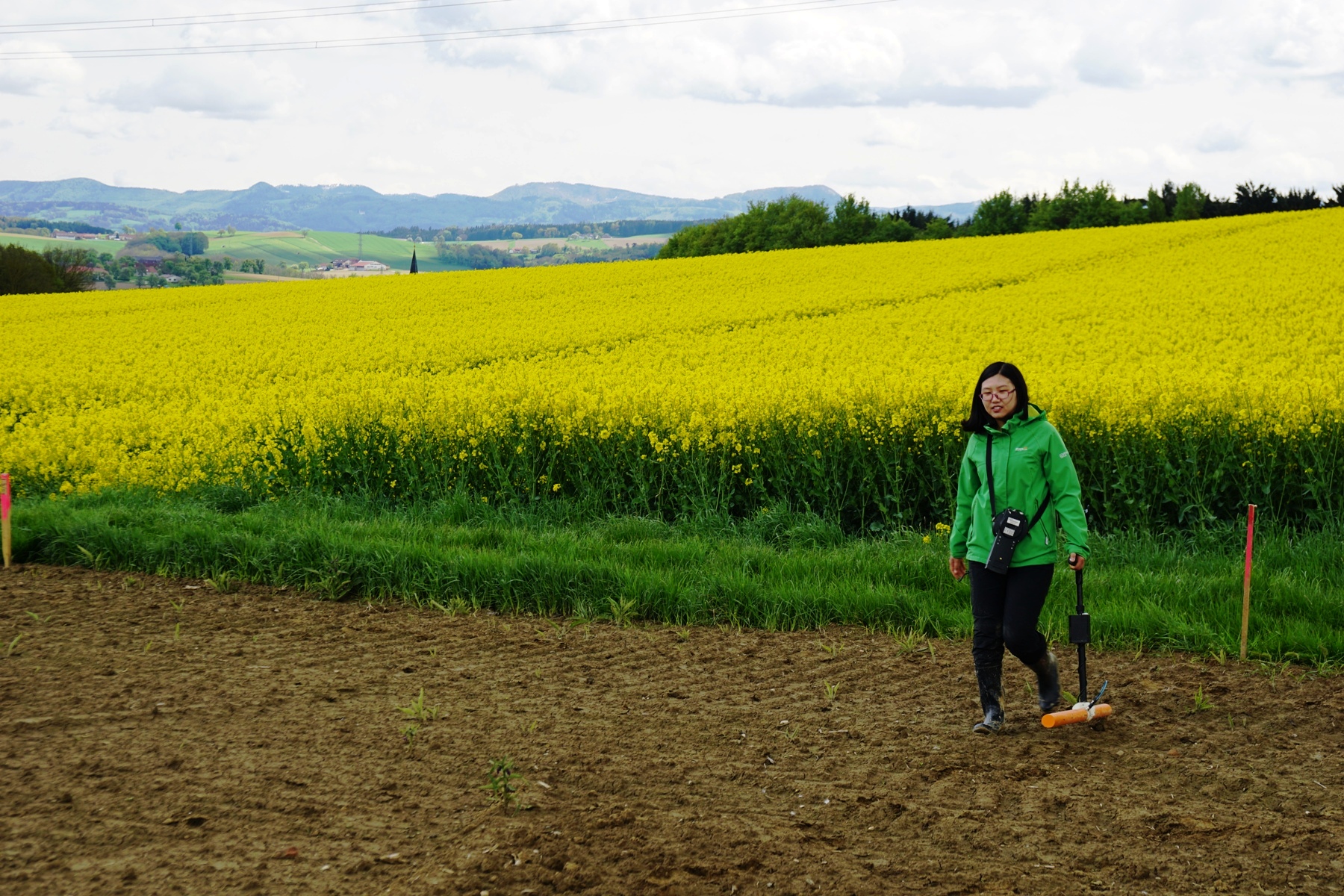 For the ongoing ESA Sentinel-1A satellite calibration in the HOAL new soil moisture sensors were installed additionally between the existing soil net by Mariette Vreugdenhil. A network of in total 20 additional sensors will help evaluating the signals of Sentinel-1A.

A goal of the satellite observations is also to determine vegetation characterisitica, therefore Mariette is also going to do a regular sampling of the vegetation for detecting reference water content amounts. In addition she is measuring the development of the crops in the HOAL fields, where currently rapeseed is in its full bloom. 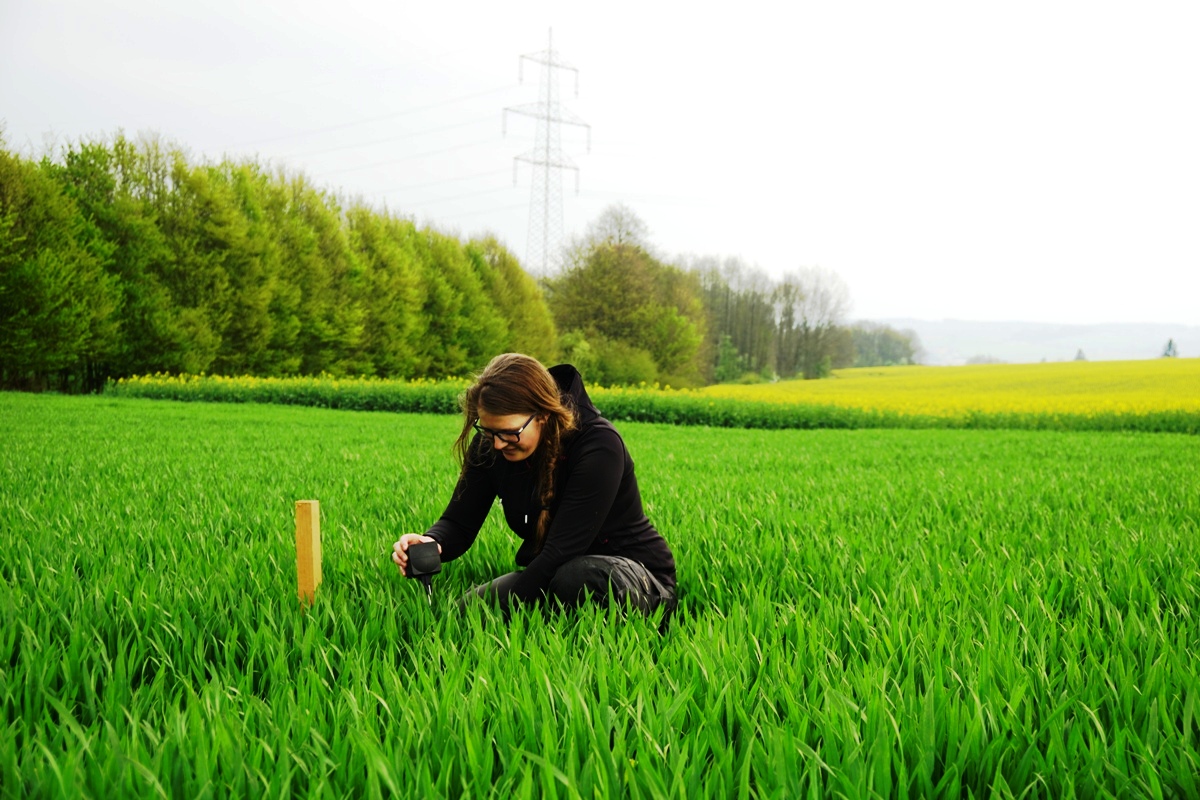 Mariette Vreugdenhil started to prepare an evaluation campaign of the European Space Agency's Sentinel-1A satellite, which is a polar-orbiting, all-weather, day-and-night radar imaging mission for land and ocean services.
The campaign will contain measurements of vegetation water contents, crop heights, plant phenology, leaf area index (LAI), and soil moisture.
This picture shows her defining the spots of the LAI measurements. 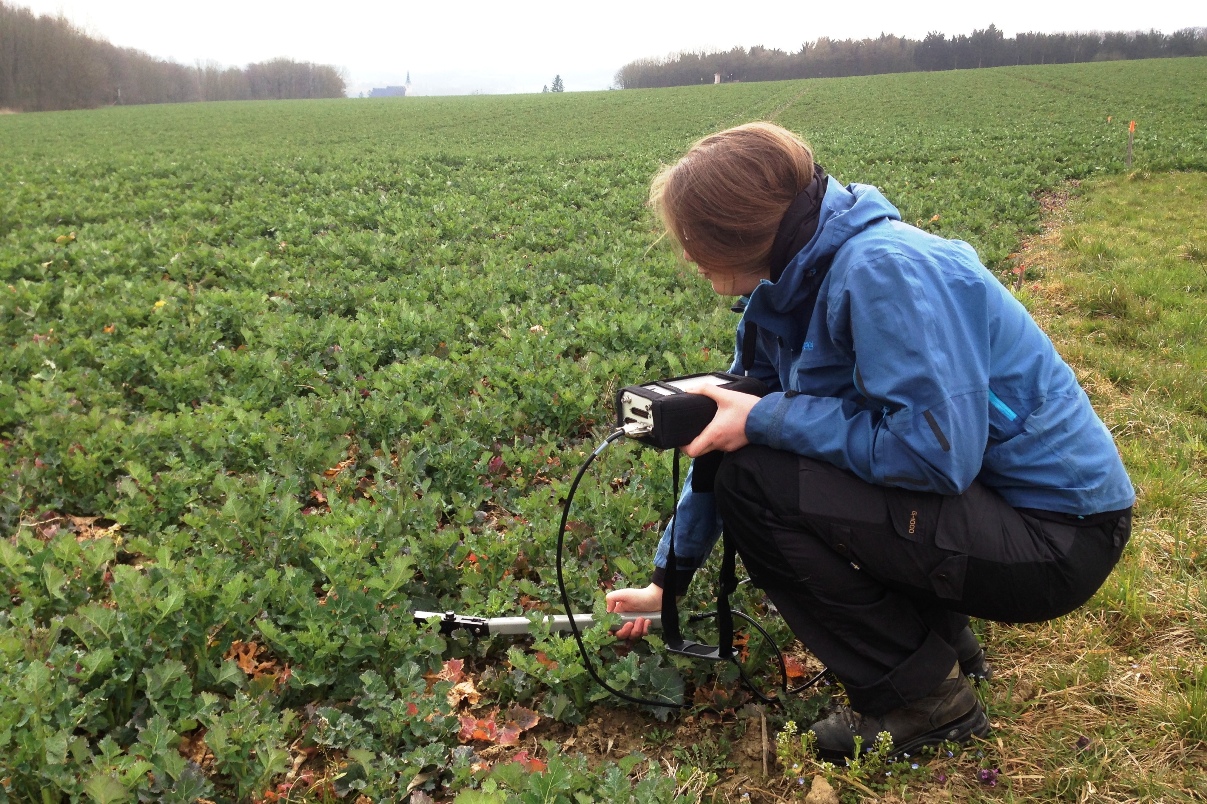 Today micro meteorologist Patrick Hogan moved one of the mobile eddy covariance stations again to a new spot in the HOAL catchment. For the next months the station will measure the atmospheric conditions over a winter barley field. The results of this measurements will again help to understand the spatial evaporatoin patterns in the HOAL catchment. 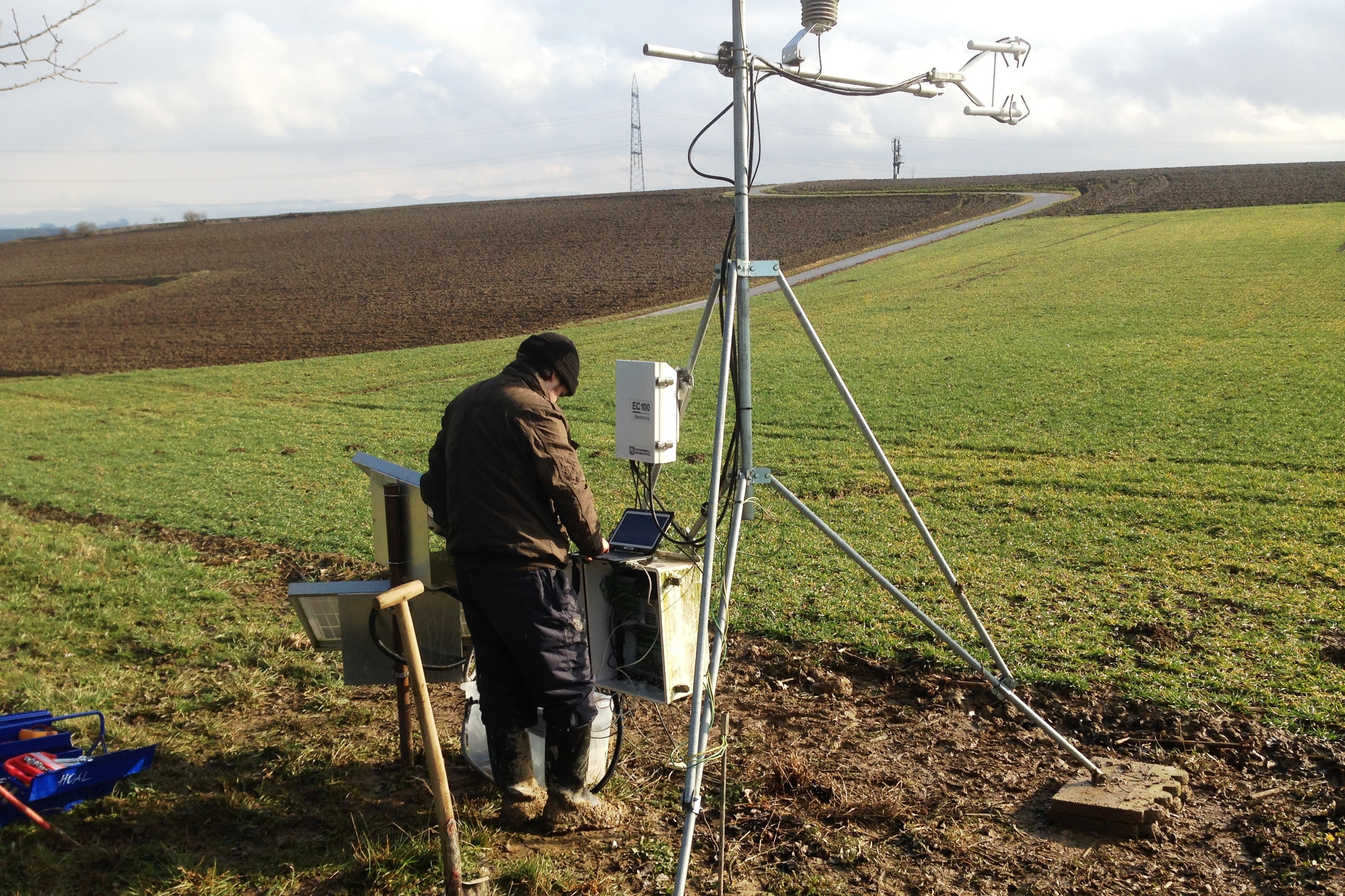