For his “outstanding contributions to hydrology” Günter Blöschl was awarded the 2015 Robert E. Horton Medal at the AGU Fall Meeting Honors Ceremony, held on 16 December 2015 in San Francisco, California.

Follow this link to the citation of the medal award.

The Austrian magazine 'Universum', which is presenting monthly reports about science and nature, reports in its December journal on several pages about the research in the HOAL. 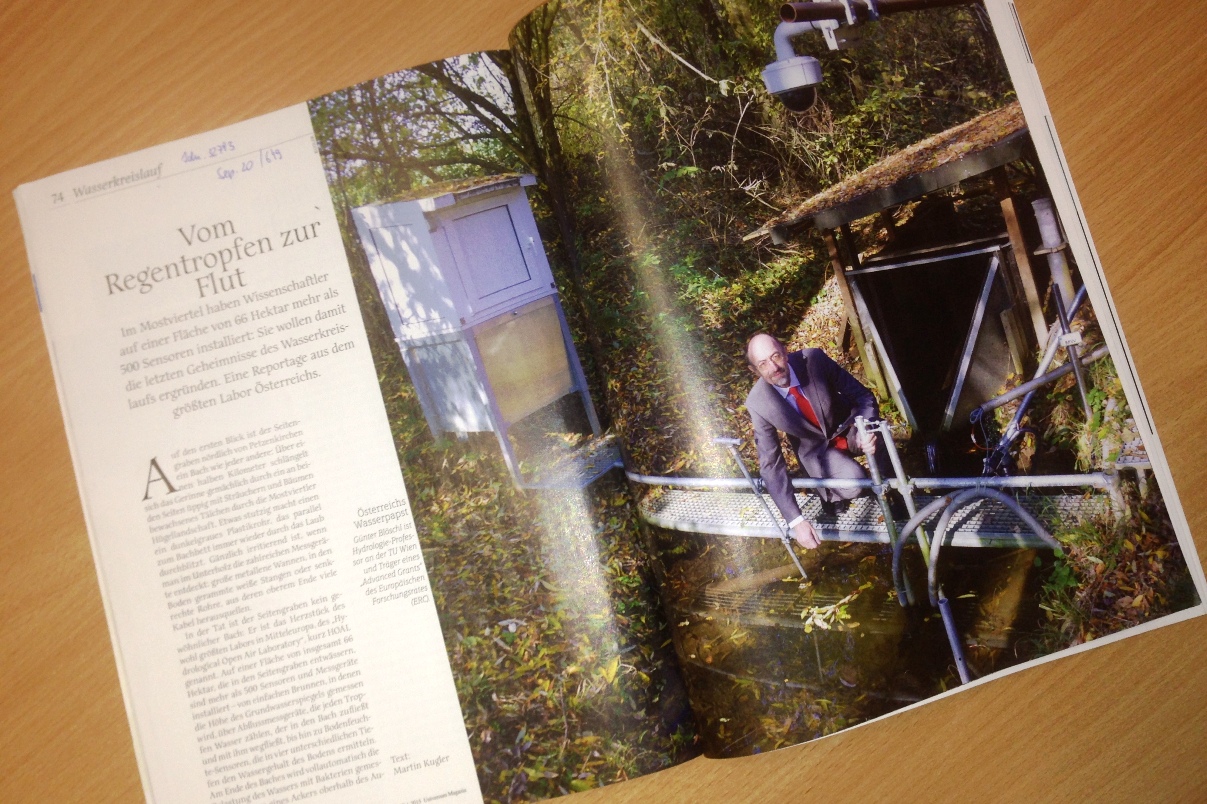 On a two day campaign the 'Vakimpak' device, which induces seismic waves in the ground, is operated in the HOAL catchment. At the device a drop weight is pulled up in a closed pipe and during the upwards movement vacuum is generated in this pipe. The weight later is dropped and forced by vacuum and gravity the weight falls down on a hard plastic plate and induces seismic waves in the ground. Geophones which are installed along a profile each 4 meters are registering the seismic waves which are later analysed.
With this method two seismic profiles are generated in the catchment. The main goal of the campaign is to determine the location of the hard rock layer or other layers below ground surface as a basis information for groundwater modelling and for further investigations. 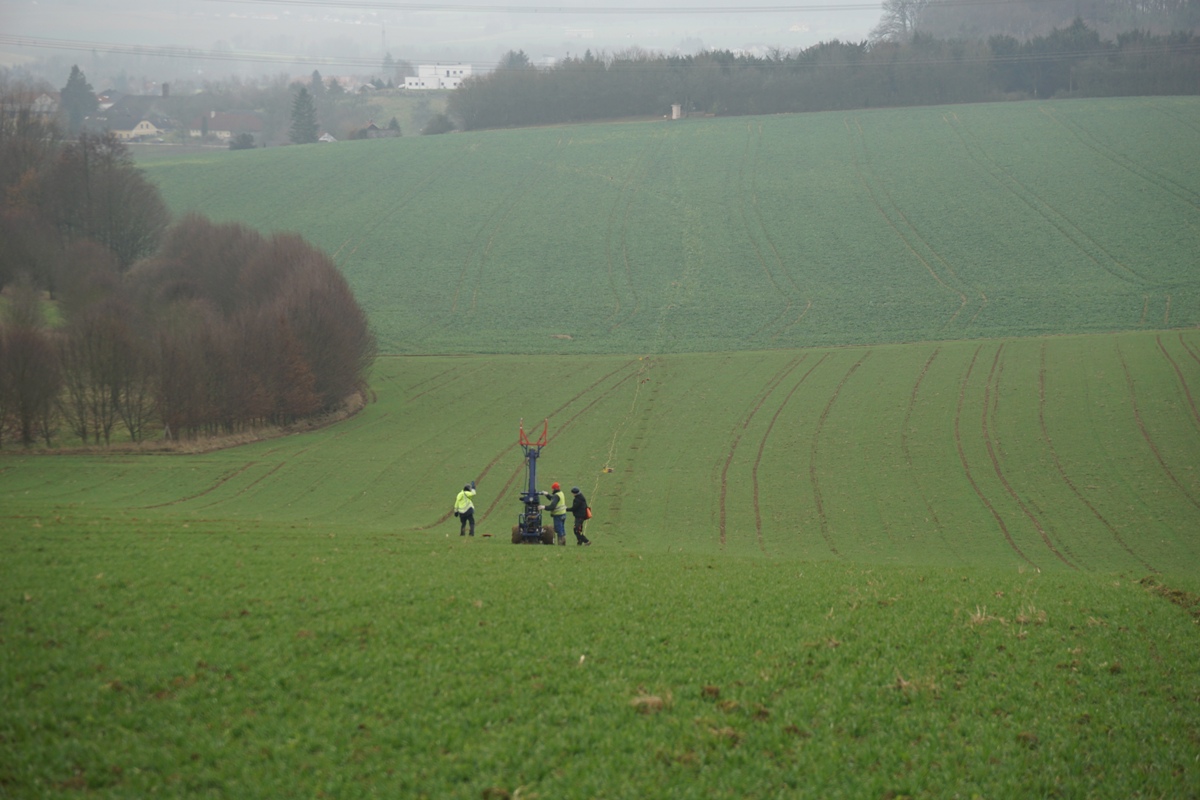 Prof. Blöschl gives an interview on Austrian television about the research in the HOAL catchment. He explains the aim of the HOAL, which is among other things a more precise prediction of floods. The results of the research in the HOAL should provide fundaments for flood models and simulation software to get the forecast models more accurate. He also explains, that the precise measurements in the HOAL catchment should determine, how water after a rainfall is behaving above and below the surface and how much of a rainfall is contributing to a flood event. 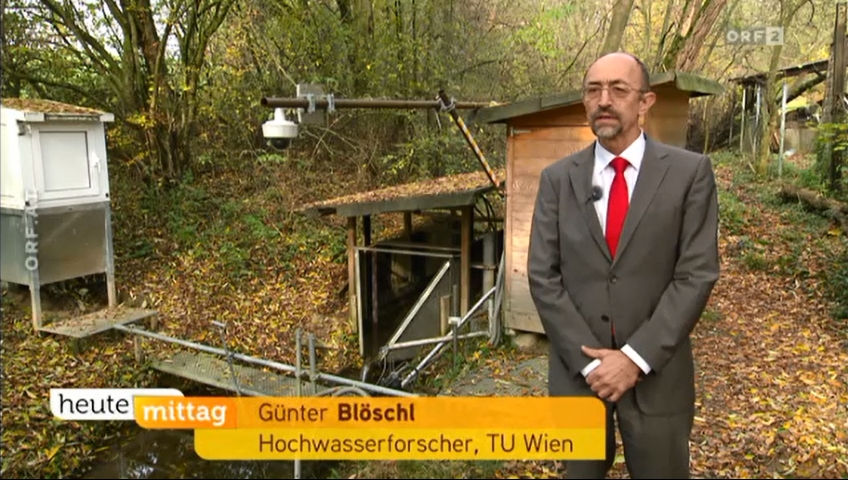 A mobile eddy covariance station has been recently set up again on a field with bare ground conditions. The setup followed directly after the farmer ploughed the field. For the next months the device will stay at this field, to measure the evaporation at the bare conditions of the soil. Later atmospheric scientist Patrick Hogan will analyse the measurements. 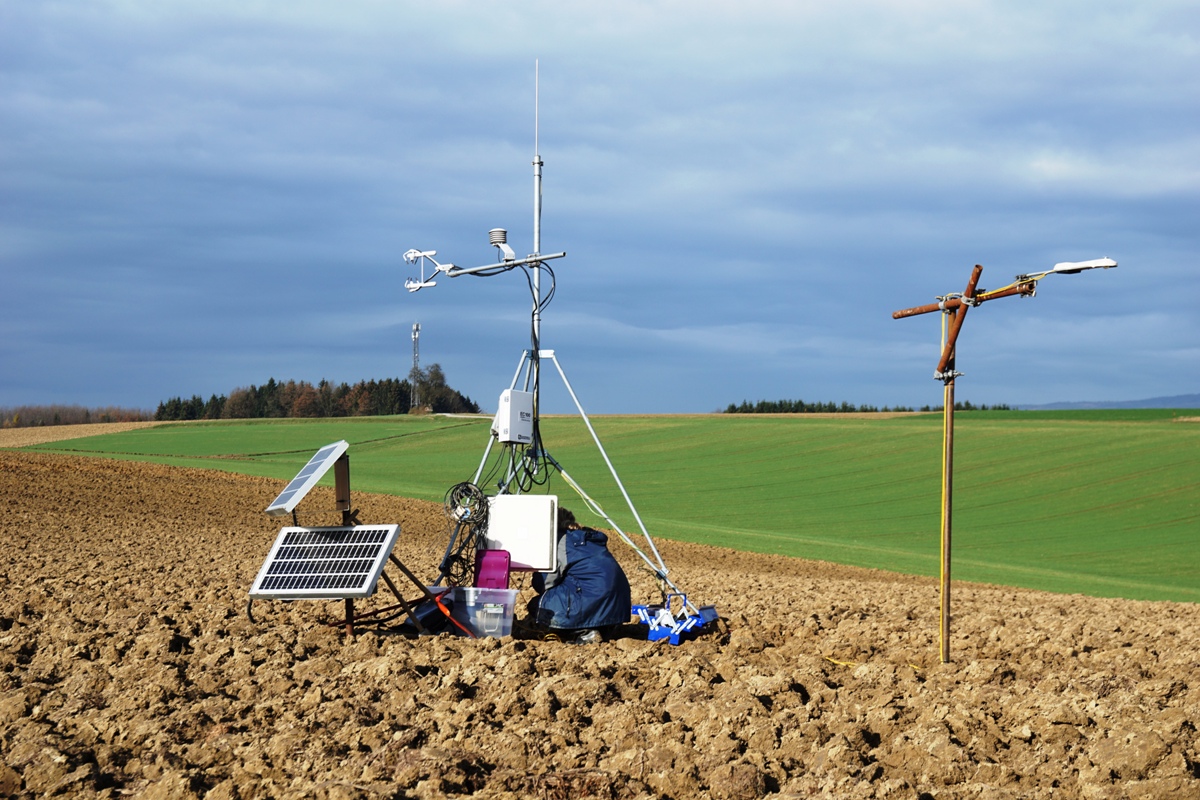